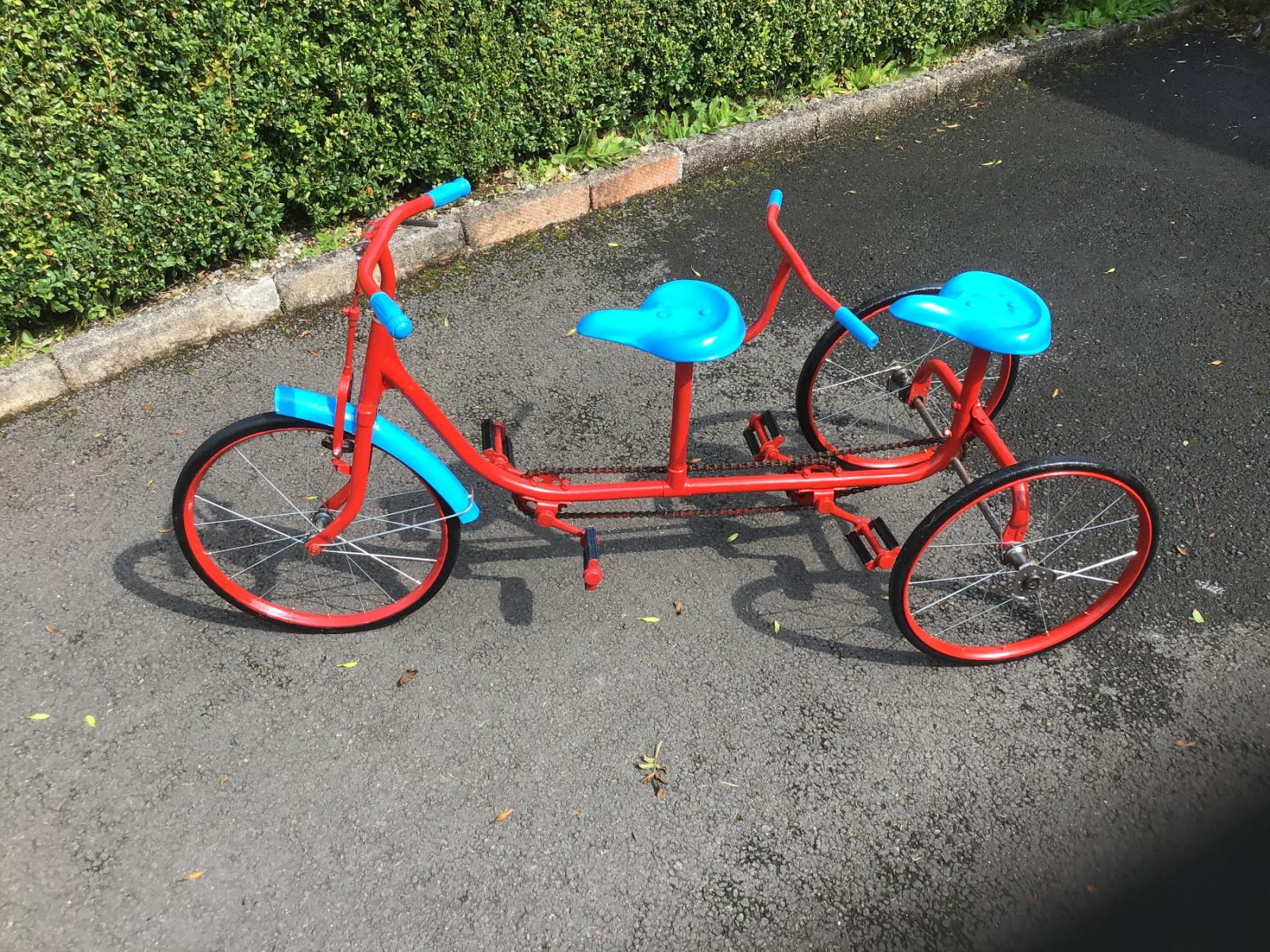 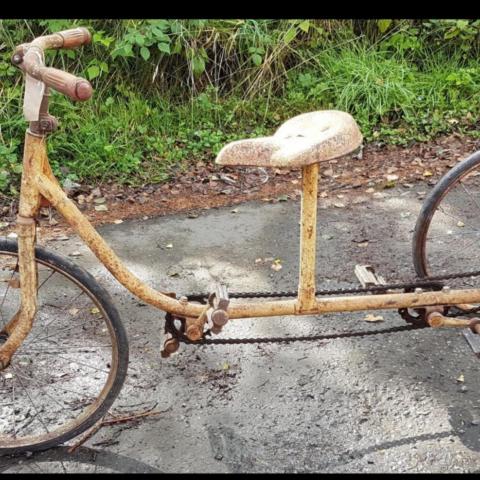 Occasionally, items arrive at the Shed and we are asked "Can you do something with this?"  That was the question we faced towards the end of last year when a visitor taking a break at his Stewartry holiday home turned up one day with a kiddies trike and wondered if we could give it a new lease of life.

To describe it as being in a sorry state would be a huge understatement to say the least, as the photograph (above) shows. It was badly rusted and corroded, parts were broken or missing, and the spoked wheels needed a complete rebuild. What made it a particularly interesting project was the unusual design and history of the toy. Manufactured by the well-known toymaker Tri-ang,  this particular style of tricycle was believed to have had a fairly short production life as it proved to be not really strong enough to withstand the rigours of hard use by youngsters of the early 1950s.

Many older people still remember with affection the familiar trikes of that period but what set this one apart from the majority was that it was a tandem machine with twin sets of pedals, seats, chains and handlebars. But apparently it had a number of design and construction weaknesses which is possibly why so few of these trikes still exist today outside of a museum.

Prior to the Shed going into the coronavirus lockdown in March, the three-wheeler was stripped down to its componenent parts and, with the aim of retaining as much of the original machine as possible, all the old metalwork was repaired, wire-brushed, sanded and primed for its new red and blue colour scheme which research had shown to be the original paintwork rather than the pale yellow it displayed when it arrived at the Shed. New parts were installed including a front brake, mudguard and rear handlebars, using recycled items from other bikes and trikes of a similar vintage and reshaped to fit. The fore and aft metal seats which were cracked and bent had to be
welded and realigned while the front forks were straightened after clearly suffering some kind of heavy impact during the trike's 70-year life. Pedal operation was improved with new crankshaft grommets, made on the Shed's own 3-D printer.

Due to the specialist nature of respoking and balancing all three wheels, we were delighted when Mitch Panteli of MPG Cycles in High Street offered to do the work for free. Unfortunately, this coincided with an upsurge of work in his own cycle and garage workshop due to an increase in cycling during the early days of the lockdown. Nevertheless, despite having his staff absent on furlough, Mitch was eventually able to complete the task, during which he was intrigued to discover the front wheel bearing had been made of horse hair packed with grease!

The restoration was completed at the home of one of the members where the owner once again took delivery of his extremely rare little machine, now looking a lot different to the day he brought it to the Shed at Edingham.