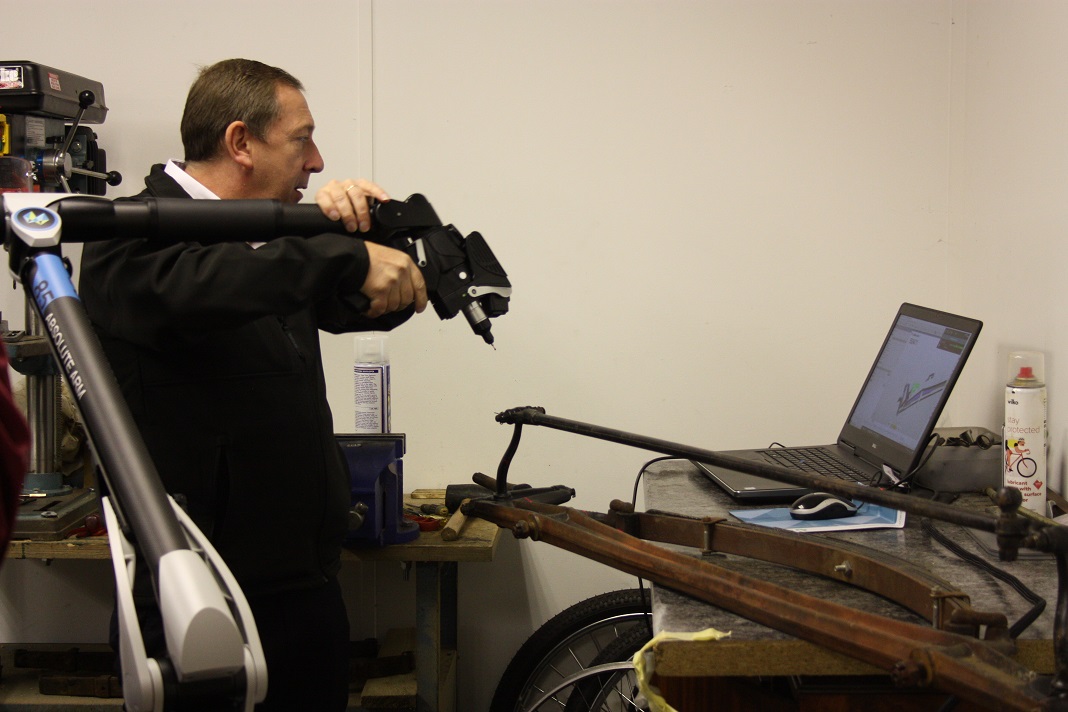 Danny Melville of Hexagon Metrology visited the shed with state of the art 3D scanning and metrology equipment. 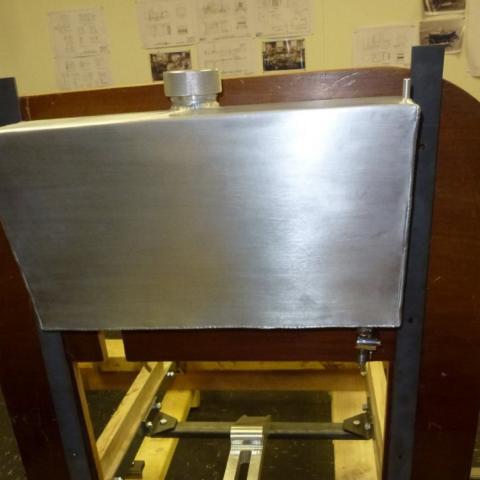 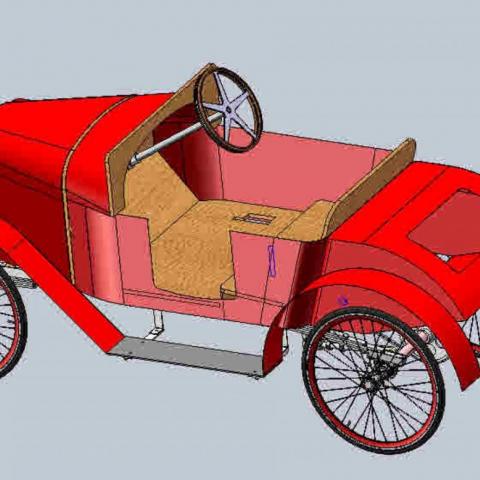 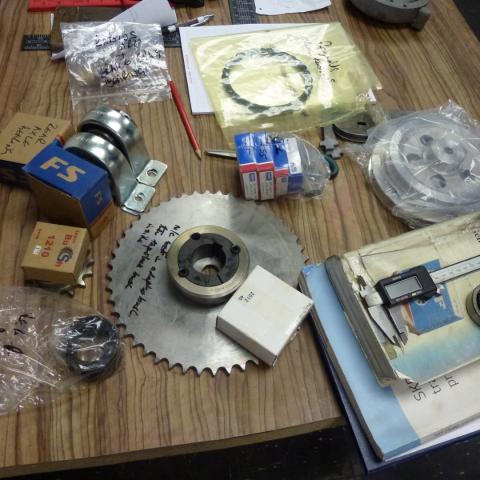 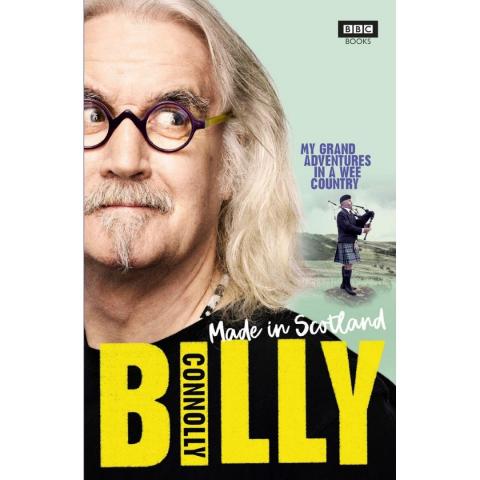 Early in the  month Danny Melville of Hexagon Metrology visited the shed with state of the art 3D scanning and metrology equipment. Danny 3D scanned the Skeoch radiator badge & the Model T Ford front axle, he also accurately determined some key dimensions on the engine and gearbox:

The engine/gearbox support is back from Alan Young Engineering, and Bill Simpson has completed the petrol tank - the parts are located on the chassis along with the hardwood bulkhead :

Design of mild steel fabrications to replace cast bronze fittings is well advanced and early parts are in fabrication.

Key transmission dimensions have been determined, which prompted a visit from Simon McLaughlin of Galloway Industrial who translated the design parameters and dimensions into standard parts which will fit, or be modified to fit, the transmission - Simon later gifted the transmission parts to the project:

Design of the timber parts has yielded an early colour 3D  visualisation of the Skeoch:

Mid November BBC Books released the hard cover copy of Billy Connolly’s book Made in Scotland which has a chapter on Dalbeattie Men’s Shed and our Skeoch project – unfortunately the author, Ian Gittins, made several mistakes transcribing and expanding the film soundtrack.